On June 1, 2019, women across the country will hit the gun range to show they are empowered self-protectors and refuse to be a victim.  The #NOTMe movement, launched by The Well Armed Woman (TWAW) is designed for ladies to stand in solidarity with each other to declare to the world that they are taking charge of their freedom.  Each participant will visit their local range and fire three rounds to symbolize I am empowered, I am prepared, I will not be a victim.

According to a study by the National Shooting Sports Foundation, the number of women with firearms is growing by leaps and bounds with more than 74 percent of retailers reporting an increase in women customers in their stores. The number one reason for this increase is protection.  When speaking of this event, Carrie Lightfoot, #NotMe Day Organizer, and founder said:

Women are tired of being the prey of violent criminals and are doing what it takes to protect themselves and their loved ones.  #NotMe Day is an opportunity for all women to join together and show the world that women refuse to be forever bound to the unequal battlefield of violence.

This is a wonderful opportunity for all women to stand united as competent and courage’s self-protectors. I can’t wait to see thousands of empowered women, dressed in purple standing up together to say “NOT ME!”

Lightfoot is the owner of The Well-Armed Woman, LLC and the founder and Chairwoman of the Board of TWAW Shooting Chapters Inc. a 501(c)3 Non-profit organization with 400 chapters in 49 states. She is also the principle of the Carrie Lightfoot Consultancy, assisting brands to effectively reach, market to and serve the female shooter. 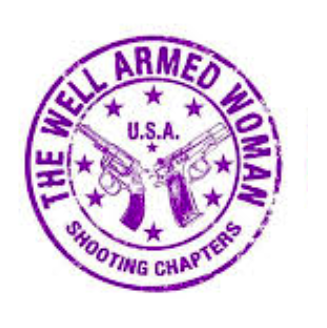 Member. She is a published author and popular national speaker and frequent guest in national media. She holds the following Firearms Instructor Certifications: NRA Certified Pistol, NRA Personal Protection in the Home, NRA Refuse To be a Victim, NRA Home Safety, USCCA Firearms Instructor and is a USCCA Training Counselor.

Today, more woman are buying guns for protection and empowerment. The Virginian-Pilot interviewed Kim Thumel, president of the new Virginia Beach chapter of The Well Armed Woman. Thumel, who became a gun-safety instructor nearly a decade ago, was pleasantly surprised when 24 women showed up for the first meeting.

I really didn’t know what to expect. We had women who had been carjacked, robbed or raped and others who were just scared of what’s going on in the world. We had others that just wanted to learn more and get better at shooting. It turned into a beautiful thing for women to do together, a fellowship where they could share their experiences and bond.”

Women participating in the movement are encouraged to take a selfie and share it on social media with the hashtags #NOTMe. Survivors of previous violence are also encouraged to include the hashtag #NeverAgain in their social media posts. The goal is to show the world that women refuse to be victims.

Registration through The Well Armed Woman Shooting Chapters is free and easy via their website. A $10 donation is encouraged, but not required. For more information head over to the official TWAW event page, find a local chapter and join the many women who plan to hit the gun range to declare #NOTMe.

Donate and help empower women in a safe and non-threatening environment for their effective.

Today, it is more important than ever for women to have the ability to effectively and safely handle, carry and store a firearm.

Donate Today
Change Location
To find awesome listings near you!